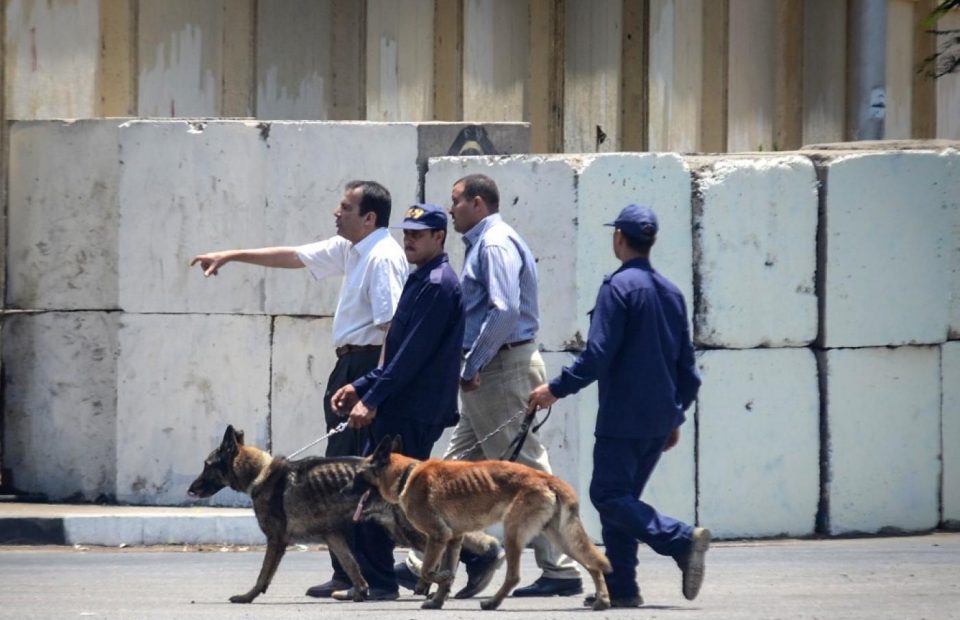 The US says it has stopped sending explosive-detecting dogs to Jordan and Egypt after the deaths of a number of animals due to negligence.

“Any death of a canine in the field is an extremely sad event,” a US state department spokesman said.

In September, a US report highlighted cases of negligence in the care of more than 100 dogs sent to Jordan, Egypt and eight other countries in recent years.

The US-trained dogs were provided as part of anti-terrorism programmes.

Jordan and Egypt have so far made no public comment on the issue.

The US announced its temporary ban on Monday. The US state department official said the measure was aimed at preventing any further deaths.

The dogs “play a critical role in our CT (counter-terrorism) efforts overseas and in saving American lives,” the official said.

The official added that the dogs already sent to Jordan and Egypt would remain there for the time being.

The report by the US state department’s Office of Inspector General said that one dog died in Jordan in 2017 of hyperthermia (heat stroke).

Another two dogs “were returned to the US in critically ill conditions”, the document said.

US officials “ultimately had to euthanize one of those canines… and had to nourish the other back to health… because it was severely underweight”.

All three dogs were of the Belgian Malinois breed.

A follow-up report earlier this month found that two more dogs sent to Jordan died of “unnatural causes”: one due to heat stroke and the other after insecticide was sprayed by police, according to the AFP news agency.

Jordan is by far the biggest recipient of US-trained sniffer dogs, with nearly 100 sent to the Middle East kingdom.

The US report also said that three of the 10 dogs sent to Egypt succumbed variously to lung cancer, a ruptured gall bladder and heat stroke in 2018-19.